'Chrysalis 4 contains the only authorized biographical information ever published about R. A. Lafferty.  The little additional data I could locate in my Lafferty Letters is as follows:  "As to  biographical stuff, I am an anonymous maker of medieval miracle plays.  Being anonymous, that's all the biographical stuff I can generate."  No help, right?

Try to Remember is a typical lafferty.  It makes a devastating point about the people who man our institutions of higher learning while also tickling the funny bone until it hurts.  In this context, I will quote from another one of my Lafferty Letters:  "The opposite of 'serious' isn't 'funny.'  The opposite of both 'serious' and 'funny' is 'squalid.'  As to a 'good idea' [for future volumes of Chrysalis], throw out pseudoserious abominations and use the seriocomic which is the only genuine thing."

Try to Remember was first published in Collage Magazine, December 1960-January1961.  Since Collage Magazine was a very little, little magazine with a circulation of well under 1000 and since nobody appears to have ever heard of it, I don't see any reason why it shouldn't be included in an original anthology.  Plus, we need all the lafferties we can get.' 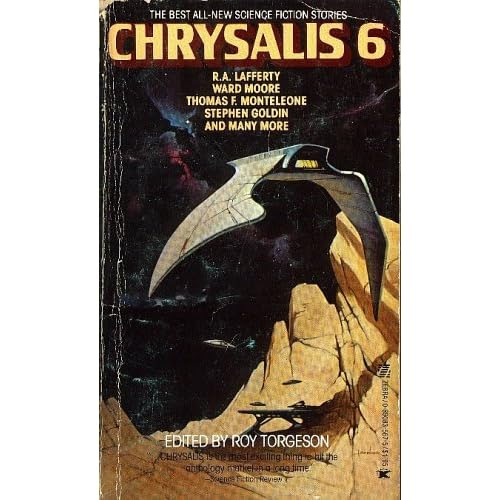 On both profound and silly levels, I think I must agree with him here.